Penis Envy 6 (PE6) Magic Mushrooms or also known as Texas Penis Envy 6 is a potent strain which is the product of crossing the wildly popular Penis Envy strain with a cubensis from Texas. This shroom generally does not grow like a typical Penis Envy (small round caps with thick stem) but was created to showcase the potency of Penis Envy while making it easier to grow than a Penis Envy. PE6 generally have darker brown caps and slightly thicker than average stems. Expect higher than average potency like it’s parent Penis Envy. We do not recommend this strain for first timers. 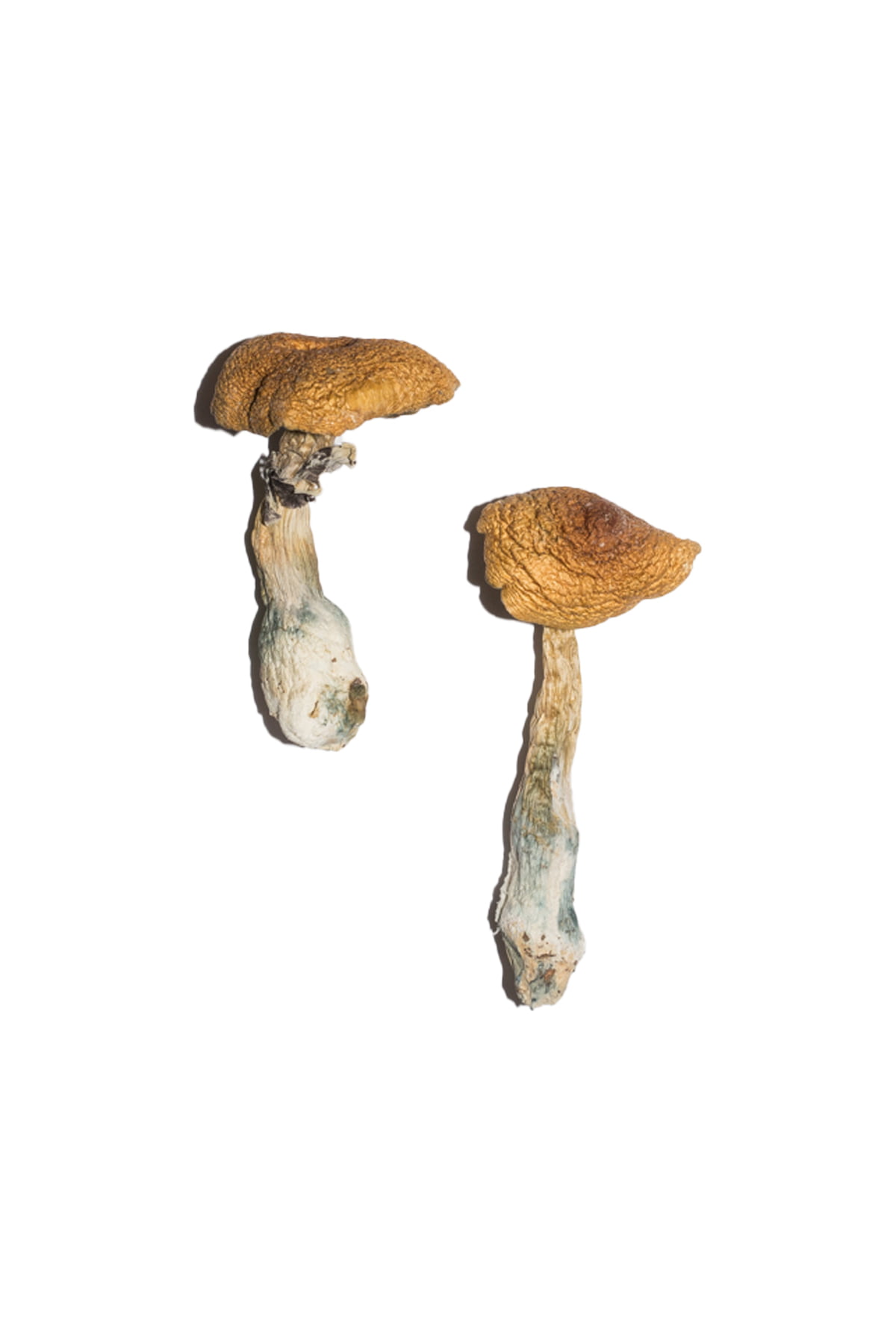 Expect above-average potency, similar to its progenitor Penis Envy. This strain is not recommended for first-time users. This mushroom strain is reportedly associated with intense pleasure and feelings of transcendence, according to our experts. Some users reported experiencing a wavelike body high. Purchase the highest quality Penis Envy 6 (PE6) mushrooms in Canada. Buy Penis Envy 6 (PE6) Magic Mushrooms online.

Penis Envy 6 (PE6) Magic Mushrooms, commonly known as Texas Penis Envy 6, is a strong strain created by crossing the very famous Penis Envy strain with a Texas cubensis. This mushroom was produced to demonstrate the efficacy of Penis Envy while making it simpler to cultivate. PE6 mushrooms often have deeper brown caps and stems that are somewhat thicker than ordinary.

Expect above-average potency, similar to its progenitor Penis Envy. This strain is not recommended for first-time users. This mushroom strain is reportedly associated with intense pleasure and feelings of transcendence, according to our experts. Some users reported experiencing a wavelike body high.

After 10 to 30 minutes of ingesting Penis Envy 6 mushrooms, you will experience exhilaration and excitation. Depending on dose, visual improvements might range from minor to strong. Things may seem to be breathing, the surrounding environment will feel more alive, and you may find yourself introspecting.

Music and art will seem and feel differently, and you will have a greater appreciation for them and may connect to them on a more personal level. The usual museum dosage (0.5-1.5g) and moderate dose (2-3.5g) should give 3-6 hours of trip duration.

What are Penis Envy Mushrooms?

Penis Envy cubensis is regarded as one of the world’s most potent mushrooms in terms of psychoactive potential, in addition to being one of the most infamous and extensively eaten and produced magic mushroom strains among mushroom lovers. It produces up to 50 percent more psilocybin than the vast majority of other Psilocybe cubensis strains. Due to its intense, deep, and effective effects, Penis Envy is only suggested for expert and seasoned users of magic mushrooms.

In addition to its top-tier reputation and tremendous potency, Penis Envy cubensis is renowned for its penis-like form and look (as the name so aptly suggests). True genetics indicate that it has a large, dense, and bulbous stem with a relatively undeveloped crown that only rarely splits from the stem. Its fruits are normally shorter and more thick, and they may be rather enormous.

The origins of the Penis Envy strain of magic mushrooms have been the subject of several legends, hypotheses, and anecdotes, making for a highly intriguing history. Terence McKenna, a legendary mycologist and well-known author, speaker, and botanist on psychoactive plants and fungi, is believed to have isolated the strain from Amazonian P. cubensis (another popular strain of magic mushrooms) in order to create Penis Envy. However, no one knows its true origin story or how and where it originated.

Since Mckenna’s first isolation, a number of Penis Envy variants have been developed. These variants include the Albino Penis Envy and the Uncut Penis Envy. Penis Envy cubensis, comprising all of its variants, has distinguishing traits that set it from from other Psilocybe cubensis strains. Not to mention its superior potency and enhanced strength, which place this potent psychedelic light years ahead of its magic mushroom predecessors.

As one of the world’s most potent and strong magic mushroom strains in terms of psychoactive potential, Penis Envy produces an intense and deep psychedelic experience. In the psychedelic world, it is known to induce a very immersive psychedelic experience characterized by great pleasure and ecstatic discovery, profound philosophical notions, incredible mental clarity, immense joy, and exceptional perspective on personal difficulties. Additionally, it is known to induce sensations of satisfaction and relaxation in certain people.

How to consume Penis Envy Mushrooms

One of the most common methods to take Penis Envy is by completely chewing it, letting all of the fluids to escape, and then swallowing it. It takes roughly 45 minutes for the benefits of Penis Envy to set in when taken in this manner, although it is greatly depending on your stomach content – the less you eat beforehand, the better!

Consuming Penis Envy magic mushrooms in the form of psilocybin edibles and mixing it into food is a fantastic technique to remove the “horrible” taste and sense of nausea that many magic mushroom users suffer while chewing it. To avoid a subpar trip or psychedelic experience, it is crucial not to add the magic mushrooms at any stage of cooking. For the finest outcome and psychedelic experience and voyage, you should instead add them to toppings and sauces after all cooking processes have been finished.

Enjoy it as a cup of tea

This robust and intense psychedelic may also be consumed as a tea, which is an excellent method. Drinking magic mushroom tea, as opposed to ingesting dry mushrooms in their whole, has quickly become the preferred mode of ingestion and is highly recommended. If you have ever used psilocybin mushrooms, you are aware of their unpleasant flavor. In fact, some individuals find it difficult to ingest psilocybin mushrooms because their gag reflex activates practically immediately. Many find that drinking psilocybin mushroom tea is considerably more enjoyable than chewing dry mushrooms and is also easy on the stomach.

Here are the basic steps for brewing your Penis Envy mushroom tea:

•    Start by chopping or crushing the Penis Envy magic mushrooms
•    When they are properly chopped/crushed, place them in the teapot
•    Once your water is done boiling, pour it over the mushrooms in the teapot
•    Let it sit for approximately 10 – 15 minutes, only stirring it occasionally
•    Finally its time to strain, serve, customize, and enjoy your Penis Envy magic mushroom tea

One of the primary advantages of consuming Penis Envy mushrooms in capsule form is that you have the choice to microdose. In turn, this enables you to go on a fantastic, deep psychedelic adventure and experience absolute clarity without wasting a whole day.

Lemon Tek to intensify the trip

It is advised that while utilizing Lemon Tek to enhance and deepen your psychedelic experience, you begin with half the quantity of mushrooms you would typically consume.

While psilocybin mushrooms are well known for their powerful psychedelic effects, few people are aware that these magical mushrooms offer a number of significant benefits. Penis Envy cubensis along with countless other magic mushroom strains have proven to be highly effective in managing and treating a range of mental health, psychiatric, and behavioural disorders, including depression and anxiety.

Anxiety and depression are among the most researched indications for psilocybin treatment. In fact, psilocybin therapy was recently given “breakthrough therapy” designation (a review fast track) by the FDA for the treatment of depression. Penis Envy 6 (PE6) Magic Mushrooms

One of the most common misconceptions about using magic mushrooms such as Penis Envy to manage mental health conditions such as depression and anxiety is that the user must endure a psychedelic trip in order to benefit. That is simply not true. As microdosing involves taking a very small amount of a psychoactive substance, the hallucinogenic effect of the substance is virtually imperceptible and far too low to produce any noticeable intoxicating effects. Microdosing psilocybin mushrooms is therefore able to increase neuro activity and aid in the management of mental health conditions such as depression and anxiety without bringing on a psychedelic experience.

How exactly does microdosing magic mushrooms aid in the treatment and management of mental health conditions? The primary psychoactive component found in psilocybin mushrooms has the ability to increase neuro connectivity by stimulating receptors in the brain. According to research, this increased neuro connectivity within the brain may be the key to healing trauma from both psychological and physical events. Penis Envy 6 (PE6) Magic Mushrooms

In addition, neuroscience, along with various scientific studies, have revealed that psilocybin interacts with serotonin receptors in the brain to produce a range of consciousness-altering effects. Serotonin is a hormone in your brain that is responsible for regulating your mood, happiness, and anxiety. Low levels of serotonin are often associated with heightened levels of depression, stress, and anxiety. By increasing your serotonin levels you will thus enhance your mood, feel happier and reduce your anxiety.

As mental health is such a vital component of any individual’s overall health and wellbeing, new research and scientific studies are continuously being conducted on psilocybin mushrooms and its ability to manage and treat various mental health conditions effectively. This means that in addition to the already promising studies and results, there may be even more incredible breakthroughs on the horizon and thus a very bright future ahead with regards to mental health and magic mushrooms. Penis Envy 6 (PE6) Magic Mushrooms

0.3 Gram of PE is equivalent to 1 Gram. “Penis Envy is predictably strong, yet unpredictable in where it takes you”. Penis Envy 6 (PE6) Magic Mushrooms.

As with other types of Psilocybe cubensis, the optimal moment to harvest Penis Envy is when the veil breaks. Though this is generally done to avoid mushroom caps from releasing spores all over the growing area, Penis Envy generates less spores than other types, so this may be less of an issue. As Penis Envy contains significantly smaller gills than other Psilocybe cubensis, it may need a sharp eye to see when the veil is going to break.